We and others have previously demonstrated that tolerance to self-antigens such as TAA, concerns dominant rather than cryptic peptides.  Dominant TAA-derived peptides, although potentially immunogenic because of their high HLA-I affinity, are not highly immunogenic because the specific T cells repertoire has been rendered tolerant. This explains why all cancer vaccines tested in clinical studies to date failed to show clinical benefit. All of these vaccines targeted TAA derived dominant peptides.

Optimized cryptic peptides from TAA had the two main properties of the neo-antigens: they escape self-immune tolerance and are immunogenic. They can therefore be considered as neo-antigen like peptides.

Very importantly, optimized cryptic peptides from TAA not only share the properties of the neo-antigens but they are not affected by the issues that can be barriers to the use of neo-antigens as cancer vaccines: 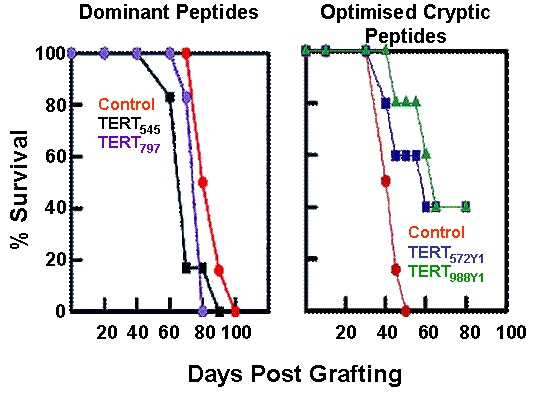